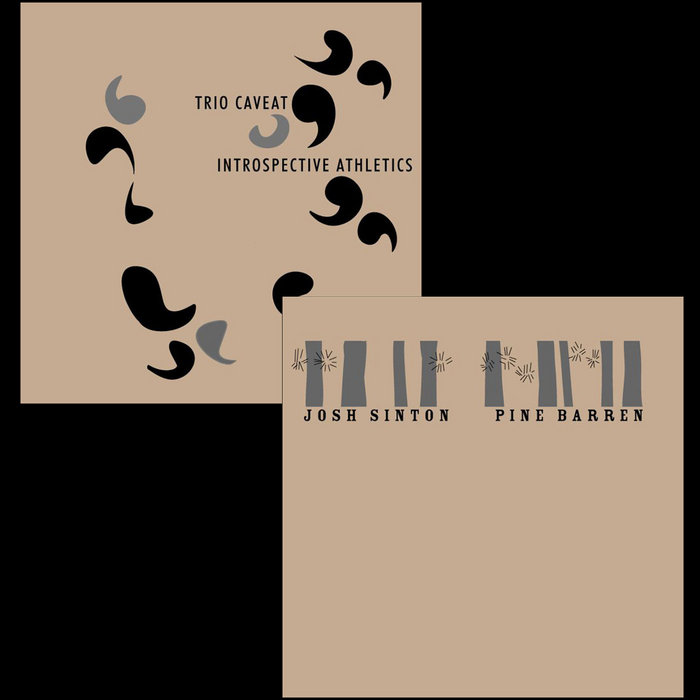 The group (Trio Caveat) create cerebral chamber improvisations integrating pitch and textures into a web of sound woven over the course of shorter, atmospheric pieces rather than one or two extended pieces.

Like Trio Caveat’s collective improvisations, Sinton’s solo pieces are concise and varied, reflecting the diversity of influences he brings to his music. -- Avant Music News

Moritz works like the glue that holds it together, going from wild bird noises to more orthodox blowing. It's extreme music but it's very engaging.

For album closer "Through the Trees I Saw Stone Caves on a Beach," Sinton overdubs all three horns (some multiple times) to create a densely layered, somewhat repetitive, rhythmically loose but ultimately satisfying work that proves these big horns can float easily when given the right ideas. -- Shanley On Music

Introspective Athletics was recorded by Keith Parker on July 29 2010 at the Gallery Recording Studio.

Both recordings mastered by Steven Walcott.

Bandcamp Daily  your guide to the world of Bandcamp

Interviews With Butcher Brown and Slauson Malone, plus LP of the week by SAULT.